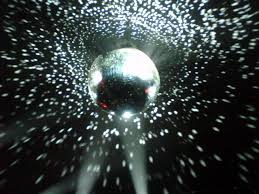 New York, NY (March 15, 2015) —  Having been the subject of a documentary, Dunham Dance Steps to Success, and preparing for their Spring 2015 season, the Experimental Dance Group (EDG) will host Disco With EDG IV, a fundraiser to help defray performance production costs on Wednesday, March 25, 5:45 PM at I Coppi di Matilda, 647 East 11th Street.   With a screening of Dunham Dance Steps to Success and a dance lesson in The Hustle, a $20 donation to Disco With EDG IV will also include tapas compliments of I Coppi Di Matilda and one cocktail or soft drink.  Limited-edition EDG tee-shirts will also be on sale.

As with previous EDG fundraisers, disco music will be the center of the action. A genre of music favored by EDG founder and choreographer Bryan Alejandro Scott, disco is often used to create movements for the troupe, who range in age from 7 to 11 years-old.  “While disco music is playful, many compositions feature intricate, syncopated beats that work well with the Dunham movements driving our choreography,” says Scott.  “It’s also very crowd-pleasing music when we perform — our audience ranges from toddlers to grandparents and disco has a universal feel-good appeal.”  While disco has been a driving force for EDG, Scott is contemplating a new composition for the group to Stevie Wonder’s 1973 R&B #1 single, Higher Ground.  “It feels right for EDG at this time,” he says.

A student at the Alvin Ailey American Dance Center and an Ailey Partner for several years, Scott often enlists the support of Ailey company members to be special guests at EDG events.  This year, Disco With EDG IV will  welcome past Ailey company member and present Artist In Residence with Complexions, Sarita Allen.  Allen, who danced around the globe with the Alvin Ailey American Dance Center from the 1970s the 1990s, the period during which the troupe first gained international acclaim, has successfully pursued two parallel careers of performer and of fitness teacher and currently teaches at HBO Fitness Center, ART of Movement, and DL Fit Pilates Wellness Studio.

Scott, who has performed on and off-Broadway and most recently at BB Kings Blues Club in Times Square with Motown legends Martha Reeves and The Vandellas, will add a new element at Disco With EDG IV by leading a lesson in The Hustle, the dance made popular by the film, Saturday Night Fever, but actually had its origins in working-class Black and Latino neighborhoods, much like the one where I Coppi Di Matilda is located.  The dance lesson is set to begin at 6:45 PM.

Following The Hustle, Dunham Dance Steps to Success will have its first public screening.  Produced and directed by Havelock Nelson, former Billboard Magazine music editor and co-author of a seminal guide to hip hop culture, Bring the Noise (Harmony Books, 1991), the film was shot over two months, capturing EDG rehearsals and performances as well as conducting interviews.  Currently an independent public relations practitioner and fledgling documentary filmmaker, Nelson says, “My goal with video is to document and champion people who give back to their communities in uplifting ways.  I chose to do my first video piece on EDG because I know Bryan, and admired the work he was doing with the students at Children’s Workshop School.”   Nelson adds, “The kids are so disciplined, sharp and radiant; it was not a difficult task interviewing them. They understood every question immediately and gave great answers with little or no coaching. Some of the adults actually needed more coaching.”