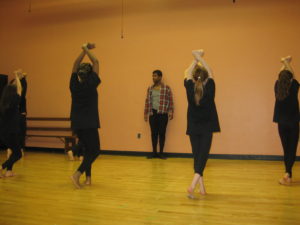 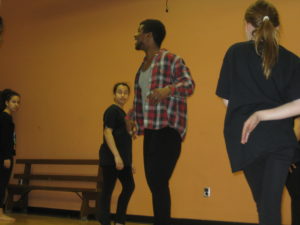 Rahim-Abdur Jackson pulling it together at rehearsal 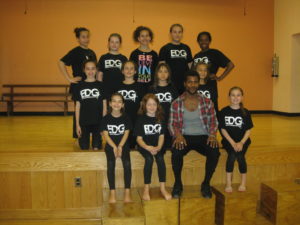 The Experimental Dance Group were fortunate enough to have guest artist Abdur-Rahim Jackson teach a class on April 23rd, 2015. Abur-Rahim Jackson, whose long resume includes dancing with the Alvin Ailey American Dance Theater for 10 years, in addition to countless other projects which includes choreographing for Beyonce for her videos and the half time show for the Superbowl 2014, Mr. Jackson was able to share his passion about dance while teaching the dancers how to emote and find their passion when executing their movements. He is also a great technician and was able to help the students with their technique making the movements for their new piece, “Tryin’ Times” flow like the river.

We are thankful to have had a master teacher such as Mr. Jackson, take time out of his busy schedule to lend us his expertise. Abdur-Rahim Jackson will also be part of The Experimental Dance Group’s family.