The 2014-2015 Experimental Dance Group was a success on so many different levels. We were able to create a new piece, “Tryin’ Times” by Roberta Flack, which was totally different from anything I had previously choreographed. We were also able to continue working with some of our older members (EDG Alumni) in addition to new members, and it made us feel like a family. The Experimental Dance Group managed to have at least 4 performances in addition to filming a documentary called “Dunham Dance Steps To Susscess” produced by Havelock Nelson.

Working with a children’s dance company can be extremely diffuclt due to scheduling, maturity level, age, level of committment, funding and availability.  I was fortunate enough to have the support of many friends and acquaintences I have made along the way; everyone wants to help, they just sometimes don’t know how. I was lucky enough to have some people just jump right in and do what they do, and some others needed a bit of prodding. The final performance on June 12, 2015 demonstrated all the hard work that the members, friends, family and supporters had put into the company this year definitely paid off. The resposnse was overwhelming and the after math felt like it was heaven sent.  The annual EDG awards were given out at the end of  the performance, tears were shed, hugs were given and long thank yous and goodbyes were exchanged until next season when we start all over again. Thank you for another wonderful year. 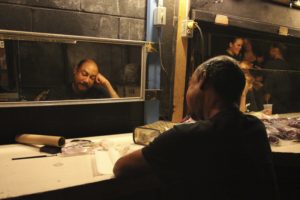